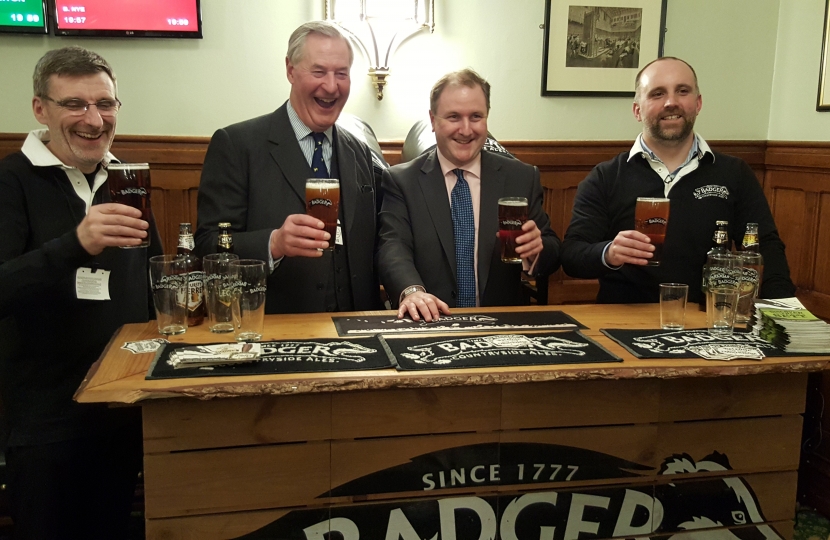 On 7th March, Simon Hoare, Member of Parliament for North Dorset, hosted a British Beer and Pub Association Reception at the House of Commons in support of the South West brewing industry.

The event was extremely well attended by MPs from across the Region as well as those from the All Party Parliamentary Group for dairy, with representatives from the British Beer and Pub Association and local brewers from across the South West including Blandford Forum’s very own Hall & Woodhouse.

Commenting, Simon Hoare MP said: “This is a hugely important sector, particularly in rural areas such as North Dorset. Hall and Woodhouse is the second largest employer in North Dorset and I was thrilled with the turnout yesterday. Unfortunately I was unable to participate myself, having given up alcohol for Lent, but the event was extremely successful with support shown from across the South West as well as from further afield!”

Continuing, Mr Hoare said: “Along with Parliamentary colleagues, I continue to press the Treasury for a further reduction of 1p to beer duty. This government has shown its commitment to the brewing industry and I hope to see further positive change as we approach the Spring Budget.”