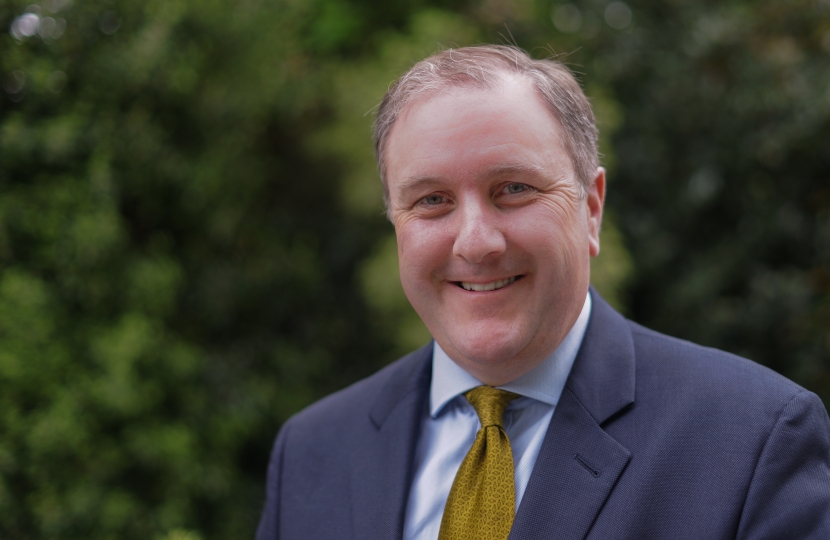 May I begin by wishing you a belated, but sincere, Happy New Year and let us hope that it is capable of being a calmer year for all of us.

The Opinion Polls are moving and perhaps, one could argue, that the normal rules of politics are returning?  Governments, nearly 12 years into office, do not win by elections and certainly do not lead in the polls.  I can easily remember Labour being 20-25% ahead in the polls in the 1990s and the then SDP scoring around 50% in the early 1980s.  But while interesting, they make no difference to the job in hand, i.e., for the government of the day to get on with delivering and governing.

I have been reflecting on the events that have dominated my coming up to 7 years as your MP.  2016, the EU referendum, 2017 my second general election, 2019 my third general election.  In between we have had confidence votes in Theresa May, the Corbyn years and two leadership elections.  I am now serving under my third Prime Minister.  It is indeed a curse to live in interesting times.  Most of us I believe crave quiet stable waters where we can take stock, set a course and make headway.  To focus on what we used to call the bread-and-butter issues of politics.  The delivery of Brexit was always going to command a significant proportion of governance bandwidth.  When we overlay the high and continuing demands of a global public health pandemic with the cross-government needs it has created I would urge a degree of sober reflection on the performance of the Government in those bread-and-butter areas of public policy.  The impact of both events mentioned above on the public finances have yet to be fully assessed but they will be there, and they will shape how we move forward.  Our public services and infrastructure require investment and I support that.  Of course, the drive for efficiencies will continue but those are not infinite seams to mine.  We will need to continue to invest in order to secure a prosperity dividend of sustainable economic growth.  That growth must be sustainable.  While we are all worried about inflationary impacts on living costs we do our own and future generations no good if we are sidelined away from a net zero goal.  Fuel costs stabilise when we can, at scale, generate sustainable power at home rather than importing price fluctuating foreign power sources.  On this issue the Government must hold its nerve and it’s why I’ve signed up to my colleague Chris Skidmore’s group on this.  As I said in a recent Tweet, I love my children and home planet more than anything and will do all I can for them.

So, as we saunter through 2022 we need to keep cool heads and clear visions.  Commonsense, serious and sober Tory pragmatism must command the centre ground of British politics.  The tantalising siren voices of easy solutions to complex problems, the chorus of the populist stating all is black or white with the didactic certainty of a Jesuit Inquisitor are not the answers.  They never have been.  They never will be.

I am sure it will surprise no-one that THE issue dominating my inbox and post bag in recent weeks has been that of the operation of No10, the breaching of Covid rules and what it says about the integrity of the Prime Minister, and I am grateful to each and every person who has taken the time to s